Prime Invest is currently structuring a new clubdeal airbus a220 – 300

The aircraft will be taken over as a new delivery, and will be firmly financed in 2019 and awarded to investors in an off-market investment aircraft deal.
The lessee is a European airline that is substantially state-owned. On request, a € -deal can be arranged for the holding time, purchase and the subsequent resale are settled in $.
The aircraft are to be awarded as a single investment or club deal, the required equity amounts to ca. € 11 million per aircraft.

The A 220 is used in regional air traffic, with just under 8% p.a. the fastest growing area of aviation.

Development of the aircraft family

The A220 series was developed by the Canadian aircraft manufacturer Bombardier as a so-called C-Series. In 2018, Airbus acquired the majority of the aircraft program. As a result, the C-Series was renamed A220 Series. The aircraft of the A220 series complement Airbus’ existing range of regional aviation aircraft. In return, the program benefits from the worldwide sales and service network of the European manufacturer. The aircraft of the A220 series are thus ideally suited for the development of new markets and routes as well as for route optimization. We are looking forward to create a new clubdeal airbus a220. 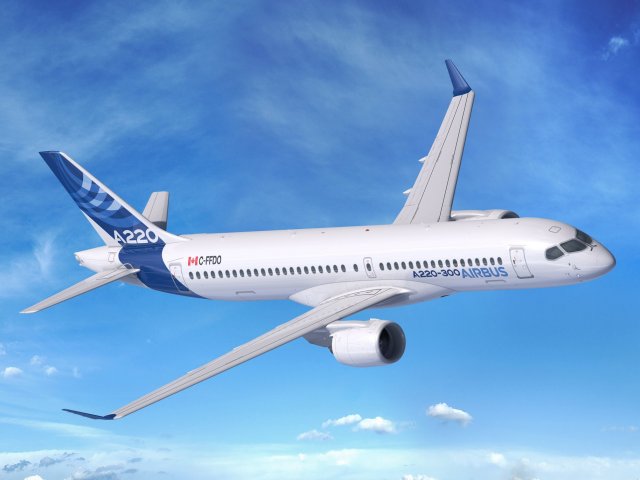 Airbus anticipates a demand of approximately 6,000 aircraft in this segment over the next 20 years. The A 220-300 will replace the A 319 on sight. This significantly increases the possibilities of reuse after the first lease period.

Compared with aircraft of the previous generation z. For example, the A220-300 offers around 20% lower fuel consumption, considerably quieter flight operations and a more spacious cabin. According to information, the operating costs of the A220-300 are around 10% lower than those of competing models.
The models of the A220 series have 99% of their components in common (record for an aircraft type) and can therefore be operated very cost-effectively together in a fleet. The aircraft of the A220 series are equipped with fly-by-wire technology. They can be flown by the pilots with only one type rating, which is conducive to efficient use.

The A220-Series is the only production aircraft series specifically designed for the market of 100 to 150-seaters. It aims to replace older, out-of-production regional aircraft such as the BAE 146, Fokker 100 and the Avro RJ85. We create clubdeal airbus a220 as well as single investment and as clubdeal.

If you are interested in investing in a clubdeal airbus a220, we are always at your disposal. You are welcome.