The CRJ 1000 is a regional jet for up to 104 passengers, manufactured in Canada by Bombardier and is a popular aircraft design by airlines. This regional jet is suitable as investment aircraft as single investment. 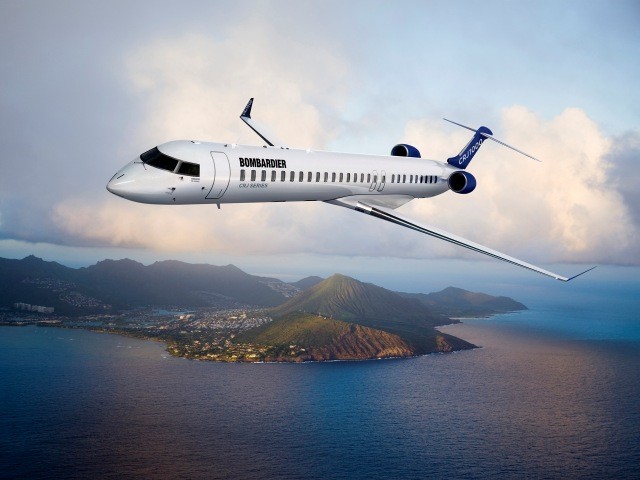 The plane was leased to a European airline for 12 years. This opened up the possibility of creating a euro investment and thus avoiding exchange rate risk for at least the holding period.
As with any other investment aircraft, the purchase and also the subsequent reuse in USD has been settled.
Regional aircraft are much lower in purchase price than long-haul aircraft. They are therefore particularly well suited as a single investment. Depending on the type of aircraft, the purchase prices range between $ 30 million and $ 60 million, the required equity equivalent to approximately $ 9 million to $ 15 million.
Even though there is considerable capital pressure on the aviation markets, attractive rates of interest were negotiated due to the low interest rates and the terms of the leasing contract.
The leasing income is usually a reliable and sustainable source of income. If the lessee ever comes in difficult times, the choice of the aircraft type is of particular importance: The types of aircraft that are operated by as many airlines as possible can usually also quickly follow up.

The maintenance of the aircraft is required by law, depending on the number of flight hours, take-offs and landings and the number of starting operations (Cycles) will be mandatory certain work due and replaced according to the specifications, parts. This guarantees a safe flight operation and keeps the aircraft constantly in the best condition. The proper execution of this maintenance is permanently and extensively documented and controlled.

The CRJ family delivered the 1,000th copy in 2018 (approximately 1,900 copies have been sold to date), which proves the popularity of this regional aircraft with the airlines.

Regional aviation is characterized by strong growth. Since 1971, the annual increase in passenger traffic in this segment has been over 10% per annum. In addition to flying the passengers from A to B, the shuttle service to long-haul flights is very important.
Prime Invest focuses on the most up-to-date and most popular types of airlines when choosing aircraft types. Important for the airlines in addition to cost-effective operation (kerosene consumption and low noise emissions, as these affect the landing fees), the highest possible homogeneity of spare parts and the different types of a family of aircraft with only one type rating may be flown by the pilots. Because a pilot may hold only two type ratings at the same time. A high degree of homogeneity of the spare parts is also important for the efficient provision of parts and the maintenance of the aircraft. This type of aircraft is suitable for investment aircraft as single investment, because the total cost is less than other types of aircraft

If you would like more information about Investment Aircraft, do not hesitate to contact us. Even if you are interested in the topic clubdeal in general, Multifamily or Real Estate Investment, we are your competent partner.
We look forward to hearing from you and are always available for further questions.